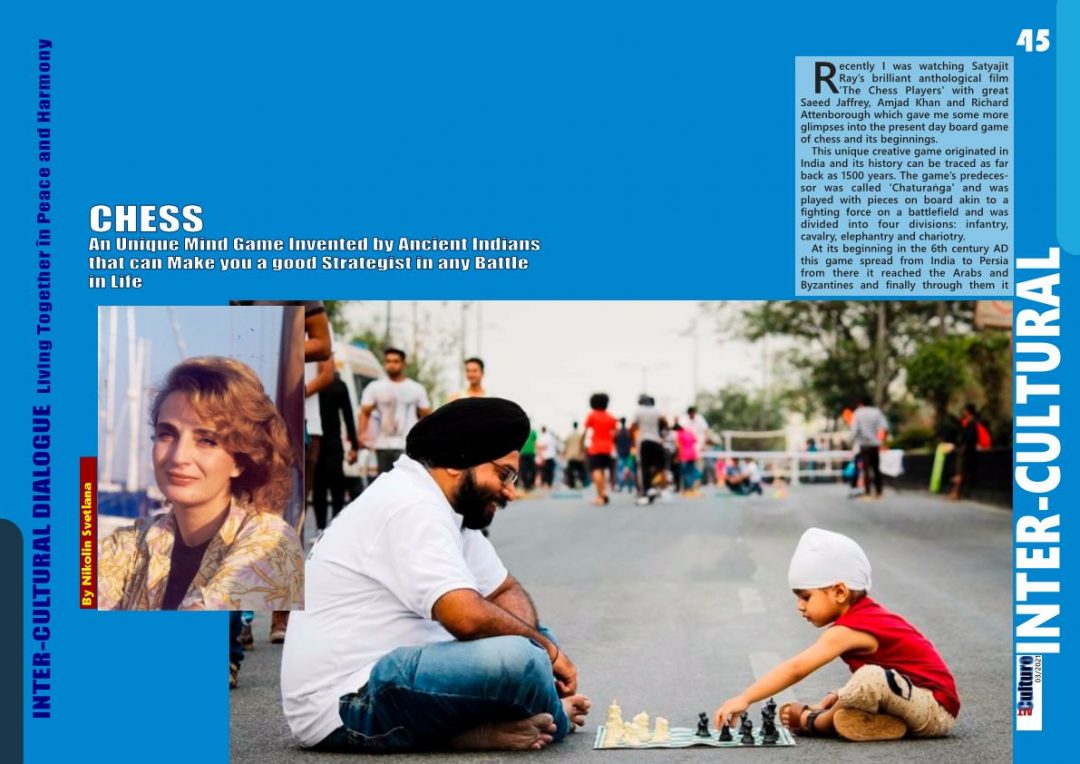 Recently I was watching Satyajit Ray’s brilliant anthological film ‘The Chess Players’ with great Saeed Jaffrey, Amjad Khan and Richard Attenborough which gave me some more glimpses into the present day board game of chess and its beginnings.

This unique creative game originated in India and its history can be traced as far back as 1500 years. The game’s predecessor was called ‘Chaturaṅga’ and was played with pieces on board akin to a fighting force on a battlefield and was divided into four divisions: infantry, cavalry, elephantry and chariotry.
At its beginning in the 6th century AD this game spread from India to Persia from there it reached the Arabs and Byzantines and finally through them it came to Europe. There it received its final shape in the 15th century AD.

Since the beginning it was known as ‘The Game of Kings’ and was seen as a pass-time of nobility and military officials who used to play with very expensive chessboards. By the Middle Ages chess had reached all levels of societies and was widely played all around the world. It uniqueness and number variations is estimated to be much greater than the number of electrons in the universe.
It is considered an effective way to improve memory functions allowing the mind to solve complex problems and work through ideas. It is interesting to note that it has had big effect on youngsters and that many schools around the globe have introduced it as the part of their studies. It is recommended as a tool to fight Alzheimer’s disease as well.
Over the years chess has received new forms so today we see computer chess players and even chess gamblings. In some countries it is almost a national game. Chess is very popular in Armenia, Russia, Georgia, India, Norway and Hungary and many other. For its great mental effects and creativity, artist and chess player Marcel Duchamp wrote, “while all artists are not chess players, all chess players are artists.”