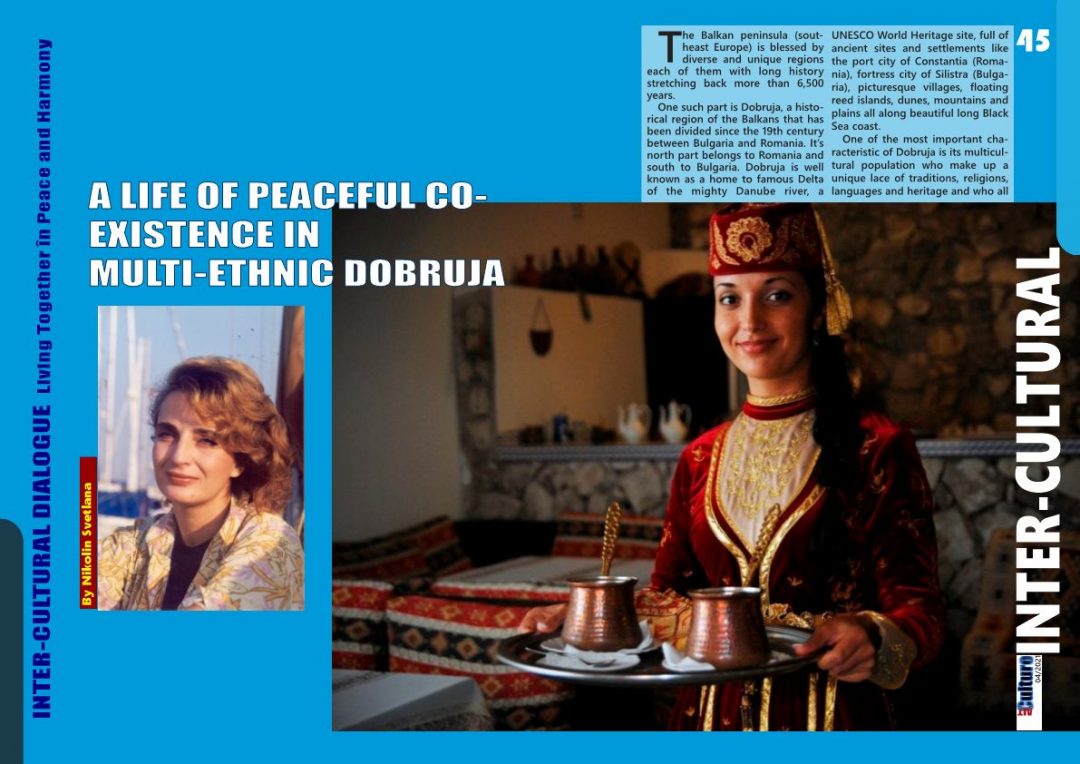 A LIFE OF PEACEFUL CO-EXISTENCE IN MULTI-ETHNIC DOBRUJA

The Balkan peninsula (southeast Europe) is blessed by diverse and unique regions each of them with long history stretching back more than 6,500 years.

One such part is Dobruja, a historical region of the Balkans that has been divided since the 19th century between Bulgaria and Romania. It’s north part belongs to Romania and south to Bulgaria. Dobruja is well known as a home to famous Delta of the mighty Danube river, a UNESCO World Heritage site, full of ancient sites and settlements like the port city of Constantia (Romania), fortress city of Silistra (Bulgaria), picturesque villages, floating reed islands, dunes, mountains and plains all along beautiful long Black Sea coast.
One of the most important characteristic of Dobruja is its multicultural population who make up a unique lace of traditions, religions, languages and heritage and who all mix together in peaceful coexistence and mutual respect.

There are so many historic communities besides Romanians and Bulgarians here like Greeks, Turks, Gagauz, Russian-Lipovans, Ruthenians, Roma people, Germans, Aromanians and Jews. Here mosques, churches and synagogues stand in close proximity and one can hear the sounds of many diverse tongues.
Dobruja has a long history as one of the main transport and trading routes in this part of the European continent. These routes and historical circumstances brought here amongst the others Tartars as well who started to appear in Dobruja in the 13th century when the first Tartars reached the Danube Delta at the height of the Mongol power.
Crimean Tartars who are indigenous people of the Crimea ( a peninsula located on the northern coast of the Black Sea in Eastern Europe peninsula, now in Russia) settled in Dobruja region especially after annexation of Crimea by the Russian Empire in 1783 bringing with them beautiful traditional attires and heritage that they have preserved up to this time. They are just one of the precious stones in the unique ethnic collar of this historic region.